This summer I had the opportunity to travel to Europe after meeting up with Jake who just finished a study abroad program in Denmark. We decided to hop on the train and tour around for a couple of weeks and our first stop was Paris. We were extremely fortunate to meet such an amazing woman named Juliette Dragon who is a kick ass rockstar and burlesque beauty! It was not hard to convince her to do a photo shoot with us the only thing we needed to figure out is where to do it.

Juliette suggested a street in the neighborhood of Belleville. There used to live a lively street filled with restaurants and artists studios and now it is a multi cultural graffiti haven. Its covered head to toe in colorful art from the walls, the flower pots, the shutters and the lamp posts. The street is called Rue Denoyez and it is on its way to destruction. On Rue Denoyez we met a sweet old man who offered up a lot of his personal history with this place. He still lives on the street and has many stories to tell although they were all in French and I only got a couple of details translated. Some inhabitants have been fighting to save it for years and have had some small victories but now it has reached its end. I feel lucky to have witnessed this street of art before it is gone for good. This feels so real to so many artists in San Francisco. We are being driven out of the city by the building of new apartments and ridiculously high rent.

Going into this shoot I had no ideas at all and was going with the 'fly by the seat of my pants' and the 'make it up as you go' approach, which was very challenging for me. I had never seen the place before and I nervous that we did not have enough of a concept to make this shoot fabulous. But then Juliette arrived dressed in a perfectly French outfit to fit our French inspired shoot and she killed it! Leave it to the professionals to bring the fire! This photo shoot was so much fun. Juliette and I laughed and made lots of faces back and forth which I am imagining is a typical day hanging out with her. She is so full of life and is an inspiration to be with.

And of course I want to extend my gratitude to my side kick Jacob for running around all day grabbing video clips! The whole shoot would have never even happened if he did not dramatically whisper into my ear at the dinner table the night before, right in front of Juliette, while she watched in curiosity and then demanded to know what we were whispering about. Thanks babe I could not have done it without you!

Click on the link below to get a little more up close and personal with Juliette Dragon. 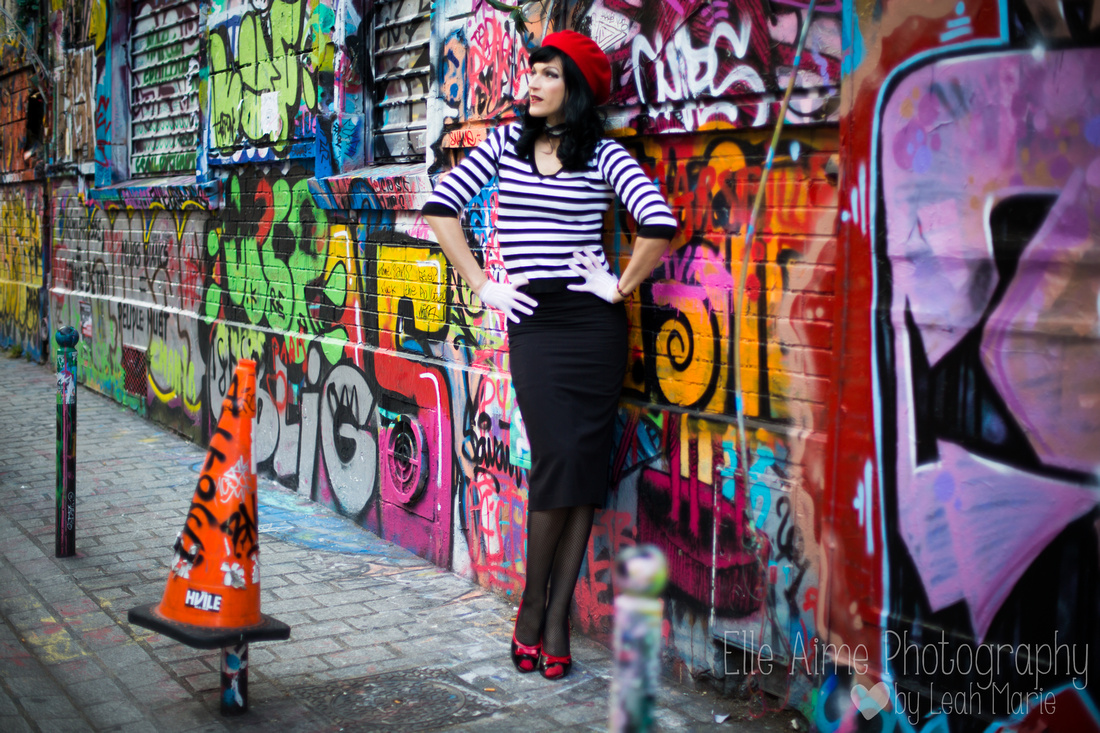