Ever since I started this challenge at the beginning of the year I knew I had to start collecting locations to do epic photo shoots at. One of my ideas was a tattoo parlor and I just happen to know a beautiful girl who runs one! When I asked Frankie if I could shoot her in her tattoo shop she invited me down to take a look and to start brainstorming. I wanted the classic getting a tattoo shot, but I have seen too many like that gone wrong, so this one had to be special.

I was inspired by a conversation with Jacob Haslem that first stared out as a joke about a Unicorn. But after the idea entered my head it would not leave. The day before I coordinated a photo booth with a friend who brought a trunk full of props and one of the props was a Unicorn head. It was perfect. Unfortunately the head went missing so I ordered one online and set a date!

Frankie and Tim drove up to the studio and we piled into their van and headed to the tattoo shop. It was a late night that was getting later and later so I wanted to make this a quick one. With the help of my incredibly amazing assistant Christian, we moved things around, set up lights and worked fast. I can't thank Christian enough. He was there from the beginning of the planning process and saw this project to its fruition. He even stood in as Unicorn head while I prepared my shots.

Click on the link below to watch behind the scenes video of the evening.


It is impossible to get a bad photo with this girl. Thanks Frankie. You are a rock star! 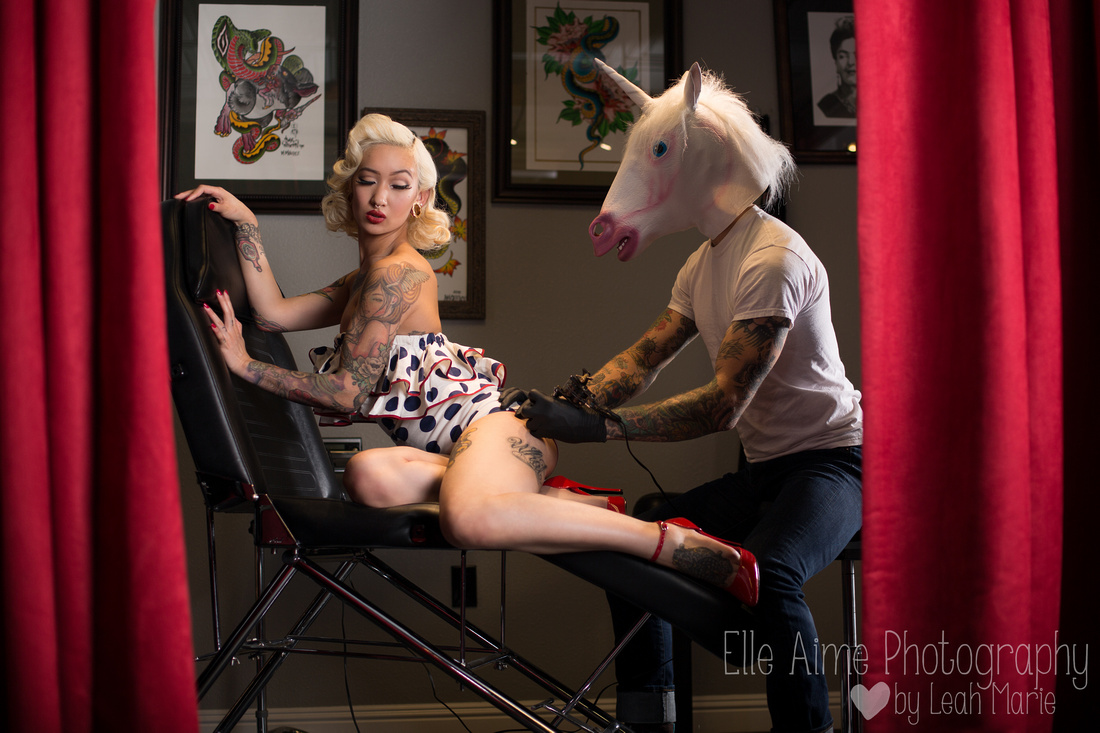